Toyota plans to invest nearly 240 million pounds in the development of its plant in Britain, which manufactures the Auris and Avensis 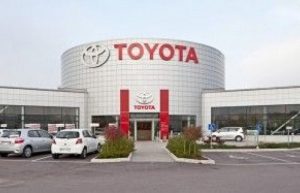 He works at the Bernston plant near Derby, about 2,500 people, while 500 others work at the engine plant in Deside, northern Wales.

Last year, the Bernston plant produced 180,000 cars and most of them were exported to Europe and other markets.

Yohan van Zell, regional director of Toyota Europe, said the recent investment proves that the company is doing its best to increase the competitive capacity of the Toyota plant in Europe. It is worth mentioning that European markets must continue to be freely accessible without customs duties, and this is necessary for future success.

The UK auto industry is likely to be affected by its exit from the European Union, as tariffs on cars entering the European market could threaten competitiveness. 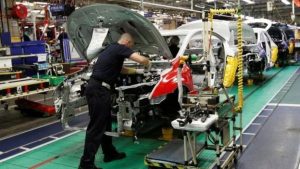 Toyota also plans to build a factory in the Kingdom of Saudi Arabia.

It will import most of the components of the plant which will be built in the Kingdom from Japan, Turkey and Egypt.

It is well known that Toyota owns 16 car manufacturing plants, one in Turkey, and Toyota products are very popular because of its practical design and quality of its products.

Toyota Corolla is the top-selling car in 2016 in more than 150 countries around the world.