Toyota Motor Corporation announces the launch of the new “GR” sports car series. The “G Sports (G’s)” sports conversion car series has until now served as a key component in initiatives to fuel excitement around sports car culture in Japan. Now, TMC has revolutionized the G’s series by transforming it into the GR series. TMC’s aim is to bolster initiatives to foster a culture of enjoying cars through the driving experience. Plans call for Toyota Motor to further enhance the vehicle lineup in the future and have on offer a variety of parts.

In addition, beginning with the Toyota Yaris revealed in Europe in March 2017, Toyota Motor Corporation plans to deploy the GR series outside of Japan as well gradually. 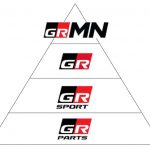